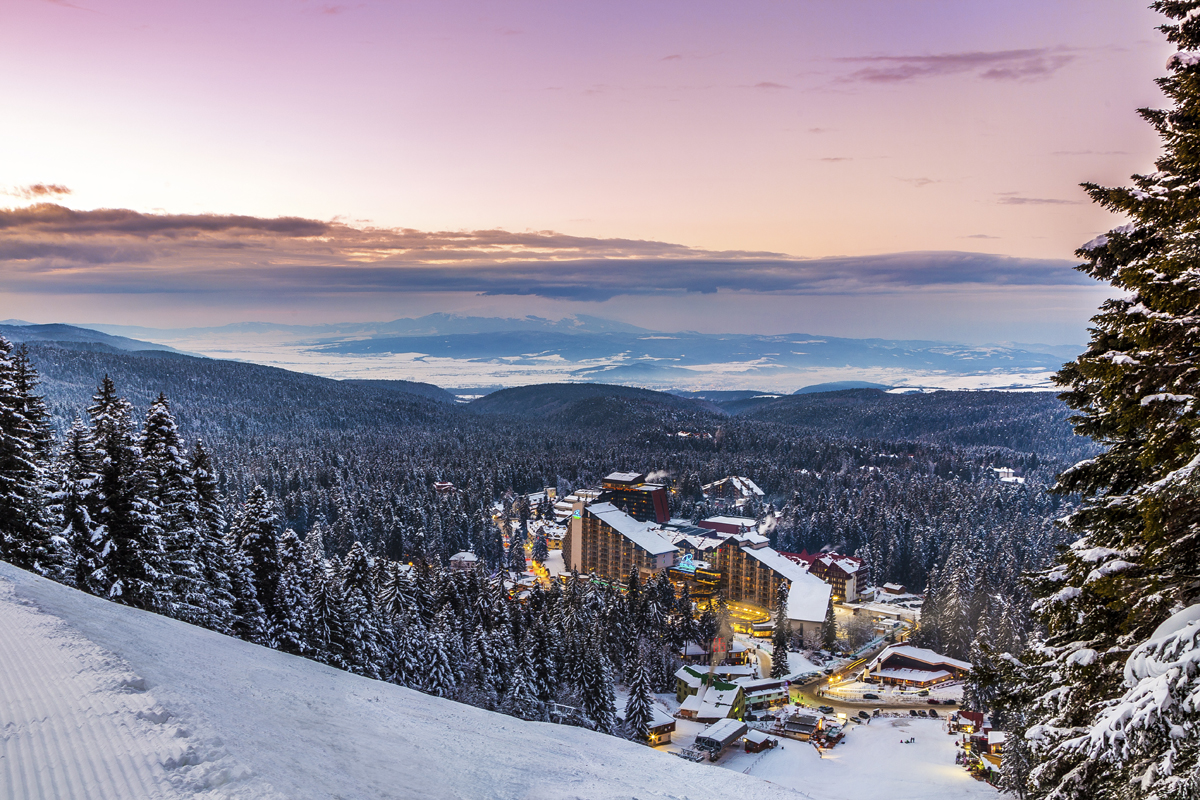 Borovets (which literally translates to “Pine Tree Forest”) is the most accessible of Bulgaria’s ski resorts for British visitors, located less than an hour’s drive from Sofia Airport over a winding route through hills and valleys before reaching the purpose-built resort at the end of the road.

Some 120 years ago, when the area was still known as Chamkoria, King Kniaz Ferdinand built a summer palace and hunting lodges in the area that would later become the mountain resort of Borovets. The Bulgarian nobility and upper class followed his lead. Modern Alpine buildings sit beside endearingly rundown pubs and eateries in today’s landscape.

The Hotel Rila, so called for the nearby mountains, serves as the area’s focal point with its massive, contemporary Alpine architecture reminiscent of Les Arcs. A swarm of one-story, predominantly wooden taverns, kebab shops, pizza restaurants, and dance clubs has sprung up in the area.

Borovets is the epicenter of good times, attracting both Sofians on weekend ski trips and hospitable groups of Brits searching for a cheap locale to learn to ski and have a good time. It’s possible that much of the central area looks like a Turkish beach resort covered in snow, but skiers will be pleased to find a wide variety of runs to explore.

A traffic-free main roadway leads the five minutes to the Yastrebetz gondola from the Rila’s expansive backside, where two chairlifts (including one six-person affair, new for the 2018-19 season), and many baby drag lifts, may be found. From the Rila side, you may make your way to the Yastrebetz halfway station, and from there, you can make your way to the Rila base. The summit of Markudjik is located at 2,550 meters above sea level.

In Borovets, skiing is accessible to anyone.

You can get your feet wet here on the gentle slopes and take advantage of the cheap lessons, lift pass, and equipment rental. Green and blue routes, as well as a few of brief reds, wind through the forest on the Rila side. Almost all of them use artificial snow, and beginners may confidently ride any lift, as the slopes are mellow and go directly back to the village.

With the help of the gondola and the Yastrebetz Express quad chair, you may access a wide variety of lengthier, predominantly red runs (plus the brief Fonfon black, if you’re so inclined). Markudjik, which is located at the peak of the gondola, is yet another distinct community. Here, a chairlift and a few draglifts access a desolate open area that, when the snow is good, becomes an off-piste playground between the runs and, at other times, provides tree skiing through a cover of thigh-high pines. A children’s ski area with magic carpet lifts is located near the Hotel Rila, and there are two snow parks for boarders and advanced skiers to enjoy. Because of the instructors’ fluency in English, this is an excellent setting for language study.

What is the reason visiting Borovets?

Traveling with kids would be a breeze because of the resort’s proximity to the airport (and since the road leading there is flat rather than winding like others in the French Alps). And the low costs are ideal for families hoping to take their kids skiing or for large parties seeking a memorable vacation.

It’s not like anywhere else; there’s an authentic Eastern European feel to it, despite the availability of modern conveniences. It might be the odd mashup of building styles, the foreign landscape, or the pervasive cultural norms that permeate every member of the household.

The nightlife is relaxed and abundant. Mamacitas, a Spanish-themed bar featuring good guitar players and singers, is one of many similar establishments. In addition, the After Eleven club at Hotel Rila stays open late. Kamenitza beer and rakia, a warming schnapps-like liquor prepared from grapes, plums, and other fruits, are two of the best local libations.

The X-Factor has you covered from morning to night. Everything you might want, from a late night party to the ski lifts, is within a few minutes’ walk of the Hotel Rila.

Best places to eat in Borovets

Victoria: This restaurant and après-ski hangout is located across from the ski lifts and the Hotel Rila, and it seems like an entire forest was incorporated into the walls, floor, and ceiling. Popular dishes from throughout the world like pizza and burgers, as well as some regional specialties. Serving pumpkin risotto alongside pumpkin soup and pumpkin crème caramel makes for a hearty and authentic feast.

The word “understated” doesn’t do credit to this shanty of a building. Slightly untidy middle-aged men provide service, creating an atmosphere reminiscent of Eastern Europe in its heyday. You can’t argue with £4 for a bowl of plainly homemade chicken soup, but it’s high on the slopes and close to the Markudjik lifts.

Although it sits in the middle of everything, the Rila Hotel is still the crown jewel of Borovets. Over the past few years, the massive hotel (including 420 rooms) has undergone extensive renovations. Each of the rooms has a balcony and is decorated in modern, chic tones of wood, steel, and white (television with cartoon channel and Sky News, walk-in glass shower). The enormous Champions lobby bar and cake emporium is decorated with black and white ski photographs and bustles with people every night, from parties watching the Premier League football on a large TV to little children eating dessert. The full-board guests have their pick of two spacious buffet restaurants (Les Arcs and Seasons), while the Michelin-starred Samokovi dishes up fancy takes on regional specialties like trout and rabbit. Ski equipment rental is available, and there is a free kids’ club.

The Hotel Iglika Palace is a budget option that is close to the lifts (150 meters away) and the Hotel Rila (across the street). Though barely 20 years old, its design is authentically mountain. The food is substantial and has a regional twist. There is an indoor pool, a sauna, a steam room, and a relaxing bar in the lobby. The establishment provides massage services. 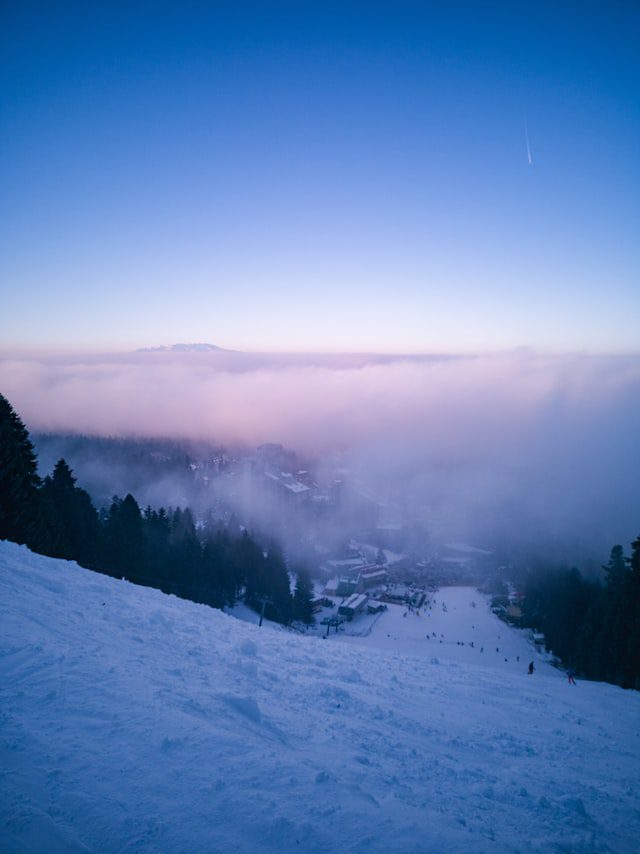